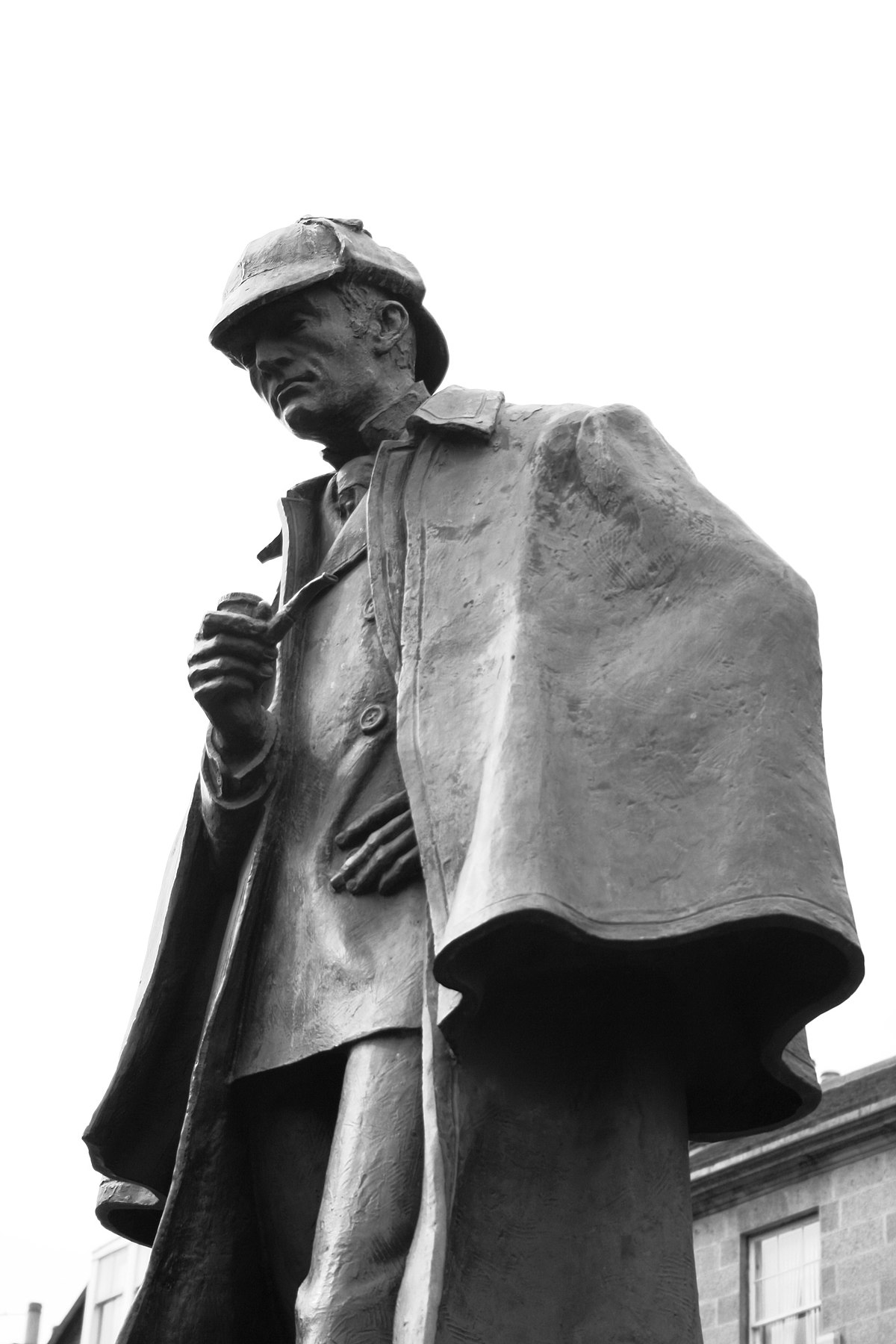 “Elementary, my dear Watson” as the great detective Sherlock Holmes once told his hapless companion. But this is not the whole truth! This entry in Wikipedia seems to establish the historical fact:

The phrase “Elementary, my dear Watson” is never uttered by Holmes in the sixty stories written by Conan Doyle. He often observes that his conclusions are “elementary”, however, and occasionally calls Watson “my dear Watson”. One of the nearest approximations of the phrase appears in “The Adventure of the Crooked Man”, when Holmes explains a deduction: “‘Excellent!’ I cried. ‘Elementary,’ said he.”[58][59]

The phrase “Elementary, my dear fellow, quite elementary” (not spoken by Holmes) appears in P. G. Wodehouse‘s novel, Psmith in the City (1909–1910),[59] and his 1915 novel Psmith, Journalist.[60] The exact phrase “Elementary, my dear Watson” is used by protagonist Tom Beresford in Agatha Christie’s 1922 novel The Secret Adversary. It also appears at the end of the 1929 film The Return of Sherlock Holmes, the first Holmes sound film.[58]William Gillette (who played Holmes on the stage and on radio) had previously said, “Oh, this is elementary, my dear fellow”. The phrase may have become familiar because of its use in Edith Meiser’s scripts for The New Adventures of Sherlock Holmes radio series, which was broadcast from 1939 to 1947.[61] Holmes utters the exact phrase in the 1953 short story “The Adventure of the Red Widow” by Conan Doyle’s son, Adrian.[62]

Which shows that great men’s words are sometime extended to a life of their own!