We walk, hand in hand, to the shore,

up to the small promontory, and we see our island:

it is cold today, but we don’t feel it.

Our bare feet slide over the rock,

Your empty eyes turn toward me, my love,

asking me, in silence,

if I am ready to start our voyage.

I smile, my frozen heart reaching yours,

for I know we belong there,

you and me, for ever, under the heavy stone,

where once, long ago,

they burned us at the stake.

The interrogation went on for hours, as he answered the questions, seemingly endless and random, but he knew, designed to catch him lying. He would not lie. There was no point. The truth would be denied, of course, but someday, what was on record would be known, and his innocence recognised. Some day. 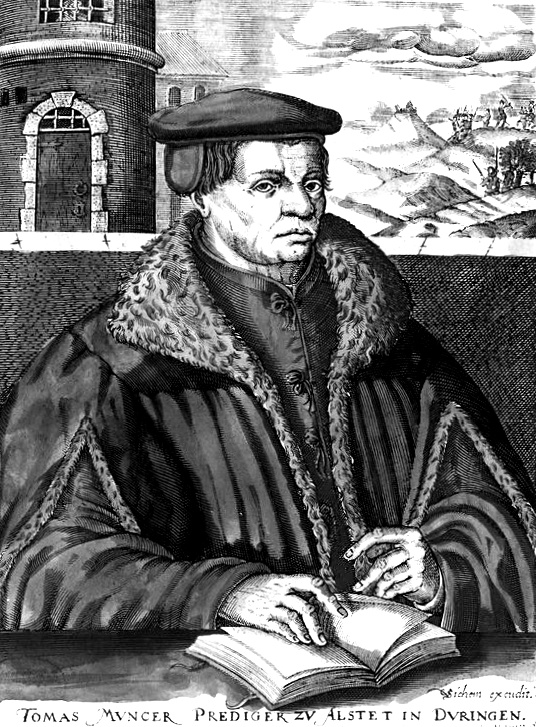 The early 16th century was the crucible of what was to become modern Europe. The previous fifty years had been marked by tremendous events. In 1453 Constantinople – the last stand of classical Rome, and the heart of eastern Christendom – had fallen to the Ottoman Sultan Mehmed the Conqueror. In 1492 Imperial Spain had discovered America.

Then in 1517, in a university town of Saxony called Wittenberg, a monk named Martin Luther pinned his ninety five “theses” on the door of the All Saints church. There was an uncompromising condemnation of the venality of the Church, and of the practice of Indulgences. Then started  a hundred and thirty years period of war of religion that was to shape the sub continent.

Luther was brave enough to challenge the authority of Rome, but he was no revolutionary. Popular uprisings that followed were mercilessly crushed by the princes. The Reformation was to sweep Northern Europe and become the official church of many principalities and kingdoms, from Sweden to the United Kingdom. Luther had support, first and foremost from the Elector of Saxony, and from many other German princes who wanted to challenge not only the Pope, but also the Habsburg Emperor. Rome’s reaction, and the onset of the Counter-Reformation, was to seal the fate of a divided Christendom.

I did not know the length of the labyrinth, only that it led to that gate, and the little platform, just wide enough for two feet, facing the immense sky, and a sheer vertical drop of several hundred meters high above the valley.

She had said to me, in another life it seemed, that she would lay the rope from the overhang, and that with my strong arms I could then reach the valley, right down the cliff, just taking the time not to exhaust my strength…

Now of course captivity had taken much of my energy away, the beatings, the hunger, the cold, still, I went for it, killed two guards in the silence of the night: this gave me just half an hour to reach the first gate, and run for my life through the labyrinth, using the little map she had given me, all those years back.

My lungs were burning as I heard the alarm resonating through the rocks and the thick doors: I thought my heart would explode, and now I could hear the roar of the mastiffs they had unleashed, a last lap to the gate in front of me…

The clear air took my remaining breath away: in front of me the abyss, I had to believe, had to hold on the edge and feel for the rope, behind me was death – I let myself slowly down, holding to the ledge – and the rope was there…

Write the About page for your blog in 10 years.

As arguably one of the last (literate) blogger still to use screen and keypad to amuse my observers through those non-sensical posts, I admit:

Describe your ultimate escape plan (and tell us what you’re escaping from).

Long ago I trained here, and thus I know the place quite well.  When they come for me, I am prepared: my body may be covered with bruises, but I still have my head.  Those thugs have no idea of what awaits them!

They lead me along the corridors, as we pass cells deep in obscurity.  I force myself to ignore the cries of the victims, their tears, the sounds of persecution and torture.  For if I cannot destroy them totally, at least I can punch a blow that will set them back for a long time.  The thought makes me smile.

They stop, as expected. As the lead guard moves towards the gate I move slowly and by stealth a few inches to my left: my position has to be right.  The guard unlocks the gate and holds it open.  My retinue and I walk through it.  As the guard shuts the gate close behind us I jumped swiftly on a big slab in front of the high window to my right.

I hear the sharp sound of their swords as they hit the stone: I am falling down the vertical well, and as I look up I see the flames of the explosion that wipes out all living things in the corridor above my head.  My body hits the water and for a few minutes I fear to drown, then I see the light, the little beach, and the launch prepared all those years back, before the Inquisition captures me.  I know that the slab is back in its place, the ancient Magus’ magic still worked long after his murder.