Today's photo prompt As we approached the clearing we saw that eight of them were already there, sitting in silence. The ninth chair appeared to be empty, though to a mere mortal they all did. So it was that two of them, probably, were fake members, pretending to be us, and claiming the opposite: that … END_OF_DOCUMENT_TOKEN_TO_BE_REPLACED

Today's photo prompt The god wears a crown, so that passersby may think he's a king. He's waiting, trident poised, is he fishing? From the little bridge we observe him. The park is calm, silent, visitors are few. But we know: this is a magical spot, full of secrets. We never miss a chance to … END_OF_DOCUMENT_TOKEN_TO_BE_REPLACED

Alone, at the end, a fallen hero…

He knew where they had met, but he was less certain of when that was. He remembered the small town, and the woods, above all the woods, where they walked, kissed, watched the sun rise, the freezing dawns, enlaced, forever at one, with each other, and with the trees.

She was the one, and those were their beginnings. They watched the sun set, the skies on fire. Her grey eyes reflected the light. He had felt so strong then. He was, so they called him. She watched him go, such a breakup in her heart…

Now, after all the death, the sand, the blood, he was back. Alone, at the end, a fallen hero.

The days are grey, but slowly growing longer. He wishes he had the courage to start editing the manuscripts that lay dormant on his hard drive. Procrastination? Maybe, but more likely he is afraid of what he might discover, under layers of words, some truth he may have missed at the time of writing. His … END_OF_DOCUMENT_TOKEN_TO_BE_REPLACED

Thursday photo prompt "They are already on the move? They are geese, I think, perhaps a vanguard, it would mean a very early winter..." "Or they are tourists, having a look around. Besides, a storm is bubbling up above us, they could be looking for shelter." "Or they are spirits, warning us to leave, while … END_OF_DOCUMENT_TOKEN_TO_BE_REPLACED

Inspired by today's photo prompt "This far, and no further", you said in your best matter-of-fact voice. There is no way to see how deep the water is, and what the darkness may conceal. "Turning back is no option." I can but agree with you, the choice is simple: face the hideous horde behind us, … END_OF_DOCUMENT_TOKEN_TO_BE_REPLACED

Blizzard outside, blizzard in my mind, confusion, images without, anxiety within. Is this isolation, distancing, onset of old age... or just lack of inspiration, a fall in productivity? Bear market Pandemonium Stolen words So many questions... Image source: DAIN: Romania Beautonica (In Sepia Tone), 2018

Inspired by this week photo prompt I am always aware of you, wherever you, or one of your sisters, are nearby. You are reassuring, your peaceful stance communicates to us that all is well, that you are keeping an eye on us, and will not let evil catch us by surprise. You are our appointed … END_OF_DOCUMENT_TOKEN_TO_BE_REPLACED

He has been in so many places, but he is amazed when he discovers that she has too. Delighted, they start talking at once about their various experiences. As the days start getting longer, they walk, and talk, then go to his small room to continue their conversation. She’s in love with Italian cities, Verona, … END_OF_DOCUMENT_TOKEN_TO_BE_REPLACED

Inspired by Sue's photo prompt There was no one at this desolated place where he had expected to see her. Yet her message had been clear: "Meet me at the guard, the highest point on the hill, where you have a full view of the mesa." They had played there, witches and sorcerers, and later … END_OF_DOCUMENT_TOKEN_TO_BE_REPLACED 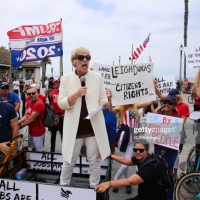 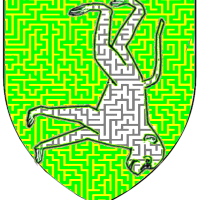