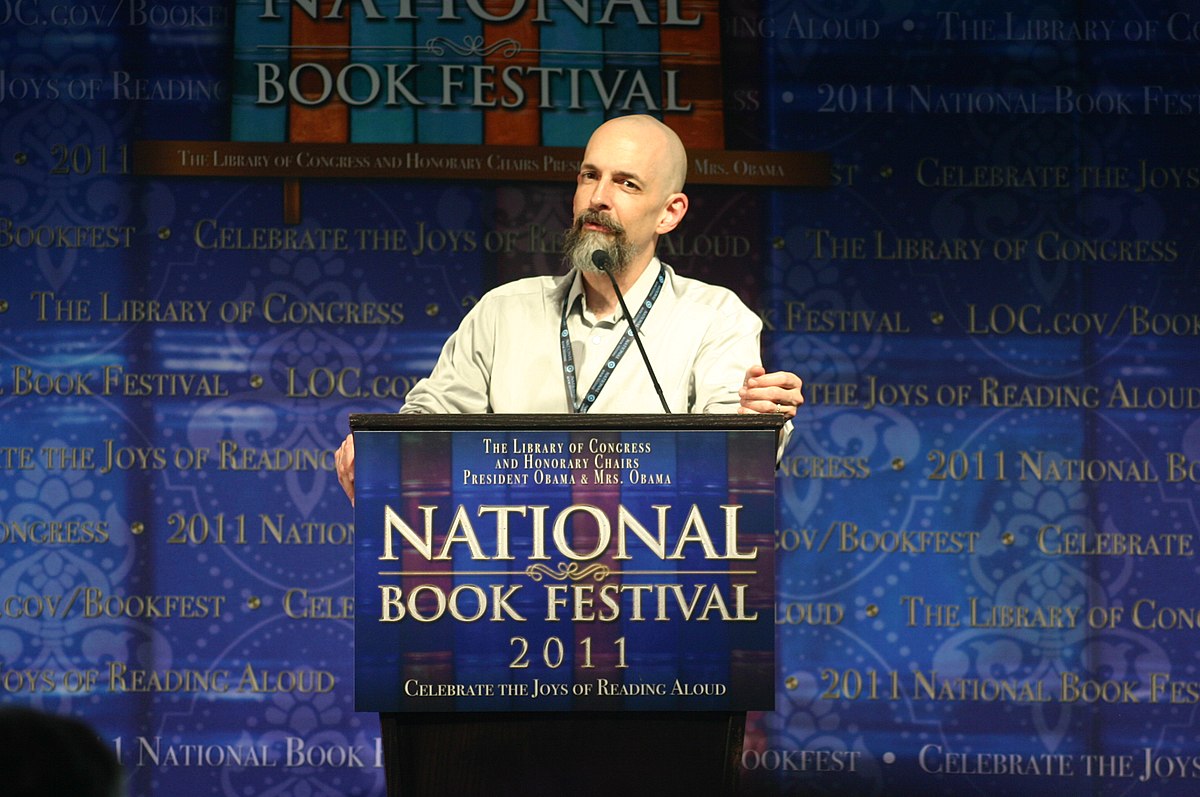 “Every other thing that he had done for the company – networking with money launderers, stringing Ethernet cable, recruiting fantasy authors, managing Pluto – could be done better and more cheaply by someone who could be recruited by a state-of-the-art head-hunting firm. His role, in the end, had been reduced to this one thing: sitting in the corner of meeting rooms or lurking on corporate email lists, seeming not to pay attention, growing ever more restless and surly until he blurted something out that offended a lot of people and caused the company to change course. Only later did they see the shoals on which they would have run aground if not for Richard’s startling and grumpy intervention.”

Reamde is a tough, long, and interesting novel. I had to interrupt my reading several times during this year, and this made following the plot as hazardous as the story itself. I acquired Reamde initially as an e-book. The version I had was poorly edited, and after some four hundred pages I could no longer find my way through the various geographies and characters. Finally I purchased the paperback (in the Atlantic Books edition available in the UK.) This helped me to come back on tracks, as the good ones were getting deeper into serious trouble, and the bad ones were… getting more horrible than ever.
Richard Forthrast is a wealthy entrepreneur, and the soul at the core of T-Rain, a world-class multiplayer (MMORPG) game and metaverse, that transcends all predecessors. Richard is the head of the Forthrast clan, an expanded family of gun-totting characters who include his adopted niece, the beautiful Zula, a refugee from Erithrea. The world of T-Rain is, one day, disrupted by the double event of an internal war – the Wor – and the advent of what turns out to be a deadly virus, Reamde. The plot then develops into two parallel, but eventually convergent, lines: what happens in T-Rain, and what happens in “reality”: much of the book’s interest arises, in this reader’s view, from this double narrative, the journey in T-Rain, and the journey in this world, from Idaho to the Philippines, via China and various airfields and oil tankers, and back again, as Bilbo Baggins used to say. Both are rich in deadly traps, of the explosive and other varieties, such as magic spells.
A good first tier of the book is devoted to a description of T-Rain, its design, history and creators, a medley of British and US genial weirdos, recruited by, and under Richard’s influence. I must admit having lost the thread more than once (a fuller understanding would require a second reading, at least.) The real world’s thread centres on Zula and her companions, and their odyssey. For Reamde, the virus, cuts across the machinations of a criminal gang from the East, whose extortion racket is disrupted by the virus. The consequences of the gang’s brutal intervention, and a chance meeting with a bunch of jihadists, make up the second half of the novel, as the separate trails slowly converge back to the US-Canadian border, and Richard’s eagle nest.
There are hints of Snow Crash, Stephenson’s earlier novel that introduced a proto-virtual world, and multiple references to the world of hacking and virus developers. There are peripheral characters, some roughly inspired by the “war on terror”, and of course, the very nasty, and yet noble jihadist, the infamous Jones.
I only caught up with the female characters, all three of them, once I had acquired the paperback, having to backtrack through the 1044 pages! I think, now, that sometime I will re-read Reamde, when I have some uninterrupted three or four weeks of quiet vacation (maybe when we visit Seattle?) Stephenson lives in Seattle and his geographical knowledge of the region is evidently vast. I struggled with the trails through the mountainous area above Richard’s Schloss! A map would be as useful to the reader as it would be to Zula and her friends.
Reamde is, in turn, hilarious and tragic, a great read, and a milestone for Stephenson’s aficionados.

My reading of Cryptonomicon