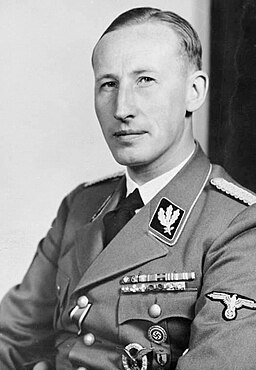 Bernhardt Günther is a tough guy, a survivor of the trenches of the Great War, a cop, a man who loves women, and his city, Faust’s metropolis, Berlin in the 30s.

In March Violets – evoking the cynical opportunists who join the Nazi party late, and buy their way to a low number party card for political advantage – Bernie is a private gumshoe commissioned by a powerful industrialist to recover a precious, and priceless, diamond necklace. The Berlin background of the early years of the Nazi government, the corruption, the fear, the victims, are beautifully drawn, as the plot unfold, at each turn revealing the villainies of a régime that amounts to rule by gangsters. There is more than a diamond necklace in the chase, and Bernie will end up, under the icy blue eyes of Reinhard Heydrich, number 2 in the SS, in the Dachau concentration camp. Bernie survives, by skill and luck.

In the Pale Criminal a sadistic murderer of young aryan women roams the Berlin streets. Sensing a motive that would trouble his sense of law and order, Heydrich drags Bernie back into the Berlin Kriminal Polizei, the Kripo, because he trusts his skills and independence of mind. But there is more to those crimes than one demented mind. As more dead bodies are discovered, and the truth slowly appears, Bernie’s convinced of more horrors to come. The year is 1938, and soon it will be Kristall Nacht, the “spontaneous expression of the German people’s anger”…

A German Requiem finds Bernie in the ruins of Berlin. He has survived the disaster of the Nazi defeat, escaping death both from SS execution squads and Soviet uranium mines. Called upon to save an old acquaintance, a colleague from his Kripo days, accused of the murder of an Americal officer,  Bernie goes to Vienna, the year is 1947. Old Nazis fight for their survival, sometimes by selling their skills to the Americans, or the Soviets. Vienna’s not a heap of burning rubles as Berlin still is, but it’s an occupied city. Black market and prostitution are the main sources of income for the locals, and others. Nothing is what it seems, old enemies may pose as allies, women’s lives are cheap, from the ruins of the old a new world has yet to be born. Bernie fails, and yet resolves the riddle. His wife is in Berlin, he’s in Vienna, and Faust’s metropolis is now blockaded by the Soviets.

Kerr’s knowledge of the Berlin geography and recent history is to be lauded, this backdrop to the character of Bernie Günther perhaps one of  the main charms of the stories. His pictures of villains are remarkable: similarities with gangster-politicians in our time must be the result of sheer coincidence.